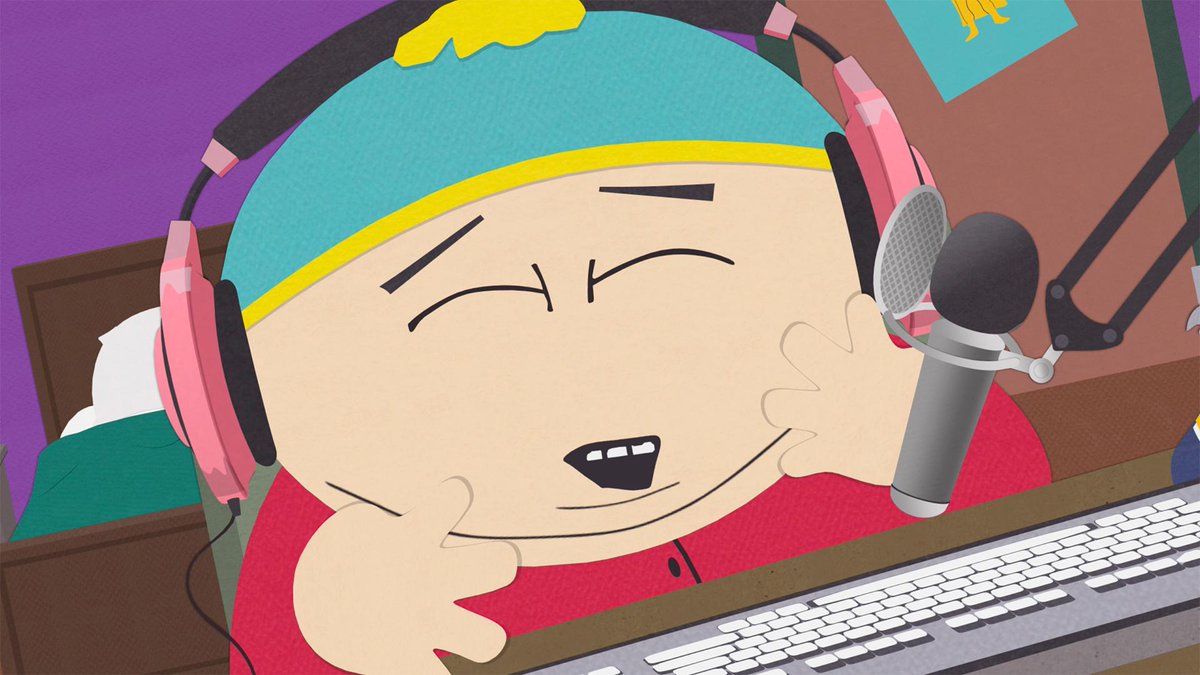 “South Park” isn’t one of those series that contains a penultimate episode each season akin to “Game of Thrones” or “Breaking Bad,” but yet we got one of sorts from the ninth episode of “South Park’s” eighteenth season.  Everything the characters of the tiny, mountain town have experienced this season had some sort of tie-in or led up to the episode “#REHASH.”  While this episode’s plot did get a bit messy toward the end tying in all the references, the social commentary got spot-on with its assessment of PewDiePie (despite his voice cameo) and LP (Let’s Play) gaming’s effect beyond video games when Cartman applies the format to everyday living activities such as waiting at the bus stop.  It feels weird to review an episode like this where the subject matter directly involves commenting and commentary, but here it goes. Comment below, if you feel inspired enough today.

The episode opens on the Broflovski home as Kyle wanders inside with a copy of the newest “Call of Duty” game, eager to play and bro down with his little brother, Ike, on a day off from school with their parents gone.  Unfortunately, Ike isn’t quite receptive to Kyle’s offer of gaming all day with parental supervision. Instead, Ike’s only reply to everything Kyle says is, “Meh”—the apparent motto of the youngest generation.

In Denver, Lorde, better known as Randy Marsh, or The Amazing-ly Randy, feels apprehensive about performing live at the “Night of Pure Estrogen: Women of Rock,” a benefit for the gluten crisis in West Africa featuring Miley Cyrus, Nicki Minaj, and Iggy Azalea.  “Anything but c**k magic,” Sharon says. Obviously we know that Randy doesn’t sound the same live after getting mixed into a completely different voice with different lyrics.  The promoter reminds him that beggars can’t be choosers after Stan lost all that freemium gaming money to Canada.

Kyle, upset with Ike’s gaming disillusionment, seeks the comfort of his friends’ opinion on the subject. Unfortunately, this conversation gets distorted, cut, and edited for a webisode of “Cartmanbra” or “CartmanBrah” and the fat fourth-grader puts Kyle down per usual and has a funny nod to Kenny.  He picks on his friends and makes a mild following on YouTube.

After Shelly Marsh melts her father’s heart, Lorde agrees to go on for the benefit show.  Backstage, Randy gets into a kerfuffle with Iggy Azalea, who later goes on stage with a Michael Jackson hologram that later escapes. Meanwhile in South Park, Stan and Kyle visit Ike and his friends to plea that merely watching other people play games and commenting on them is a waste of life.

After a hilarious Wendy Williams Show appearance by Cartmanbra, Lorde goes on stage in Denver and tanks. In order to save the act, Randy performs particularly lewd acts on stage in a parody of sexualized pop music acts of today.  Needless to say, Randy’s following awkward dinner with Sharon and Stan doesn’t go swimmingly.

A hologram of Tupac is developed to presumably hunt down the rogue MJ hologram.  Simultaneously, Randy faces his promoter/ agent and decides to quit his act as Lorde.  A Lorde hologram steps out and Randy is told that he’s only in the way now.  The episode then spirals into a confusing blend as Cartman goes to Principal Victoria’s office for commenting about his class, Randy finds out that Sharon cheated on him with Tupac’s hologram, and then Randy’s promoter puts Cartman in charge of an army of holograms to crash the entertainment industry.

Gluten, Lorde, freemium gaming, c**k magic, and even the King of Pop—it certainly seems as if Trey Parker’s tightening up his show by weaving everything together.  It gets a bit messy at the end, but stick with it.  The commentary about commentary is unmistakably accurate to the point where it’s difficult to understand why PewDiePie agreed to lend his voice to this week’s “South Park.”