Blood of My Blood

Keeping in conjunction with Immersion’s on-going coverage following “Game of Thrones’” sixth season, recaps are broken down by region. Full episode SPOILERS below.

HORN HILL: Sam, Gilly, and Baby Sam had several scenes this week in “Blood of My Blood,” an episode all about blood ties and familial relationships. Sam, coming from the noble House of Tarly, arrives at his family’s ancestral castle of Horn Hill in the Reach to drop Gilly and Baby Sam off on his way to train at the Citadel in Old Town to become the Night’s Watch’s next maester. Sam’s mother, sister, and brother all accept him warmly and pleasantly enough; however, Lord Randyll Tarly lives up to every bit the nightmare Sam described all the way back in the first season. After a disastrous evening meal with Lord Tarly behaving rudely and angrily toward Sam and Gilly, Sam decides he can’t leave those two at Horn Hill and bails in the middle of the night. He’s sure to steal his family’s ancestral Valyrian steel sword, as well, on his way out. It will be of better use at the Wall, anyway, and Sam knows/ appreciates its value even more than his backward, stingy father.

BRAAVOS: Arya continues seeing the play starring her target, who plays the “Cersei Lannister” role in the production. The assassin-in-training poisons the actress’ rum and chats her up on the way out the door. When the Faceless padawan overhears a cast argument (and sees her mouthing the other’s lines backstage earlier), Arya determines a jealous understudy playing “Sansa Stark-Lannister” hired the Faceless Men to kill this actress.  Not wanting to get this deep into a petty case of envy, Arya warns the actress and destroys the container of poisoned rum. This leaves the runaway Stark girl with no option but to retain her hidden sword, “Needle,” and abandon her training at the House of Black and White because the Waif saw everything and snitched to Jaqen H’ghar.

KING’S LANDING/ SEPT: King Tommen meets with the High Sparrow again, and he allows the King to visit Queen Margaery. The two speak about the High Sparrow and seem to have formed the same positive conclusion about him from individual points of view. /STEPS OF BAELOR: Lord Mace Tyrell leads his force through the town with Jaime Lannister joining all the way to Baelor. They demand the Faith Militant turn over the Queen before making her give her walk of atonement or else things will get bloody. Events take an unexpected turn when the High Sparrow cancels Queen Margaery’s penitence walk to announce that King Tommen has turned over half of his power to the Faith Militant. The Tyrells and Lannisters look too shocked to react. /RED KEEP: This little arc finds an ending when Tommen ends Jaime’s service at the Kingsguard and sends him to handle the Frey’s Riverrun problem in the Riverlands. 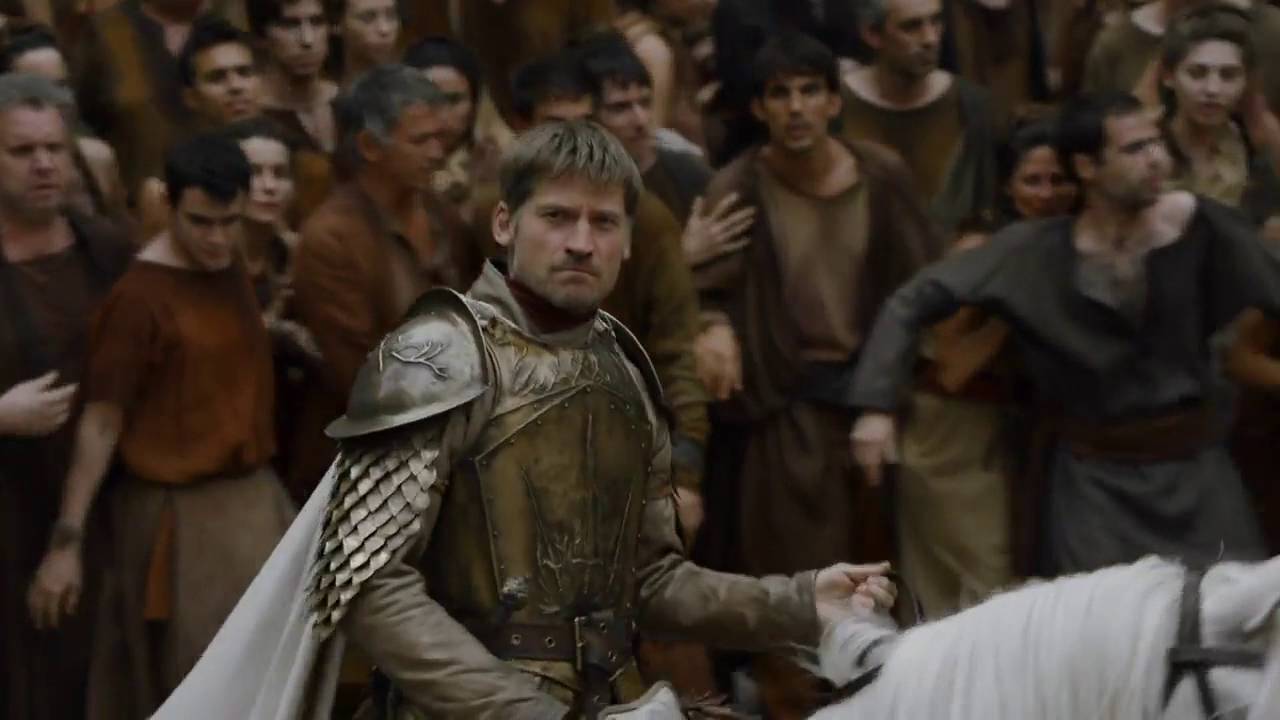 THE RIVERLANDS/ THE TWINS: For the first time since the third season, the vile Lord Walder Frey appears and chews out two of his incapable sons for their folly of letting Brynden “Blackfish” Tully re-take Riverrun. He charges them with defeating Blackfish and bringing Edmure (also appearing for the first time since his terrible wedding in season three) with them to display and demoralize the Tully faithful.

NORTH OF THE WALL: Meera carries Bran through the forest as several wights bear down on them. Meera can’t do much for Bran but run because he’s stuck in some sort of vision loop—one that features many key moments out of the series, as well as a few new ones. One particular clip kept displaying Aerys Targaryen calling to “Burn them all!” in the moments leading up to his death by the hand of Jaime Lannister. This may give credence to the theory that the Mad King Aerys II Targaryen had the similar seizure-type of event that Hodor experienced during his youth in last week’s episode. In Bran’s vision, Aerys’ keeps shouting to “Burn them all!” with several shots of White Walkers and the Army of the Dead edited into the sequence. Just when all hope seems lost, a mysterious rider appears and rescues them. We later learn it Bran’s Uncle Benjen Stark/ Coldhands, sent by Bloodraven to help Bran continue his journey. He was made undead by the Children of the Forest in the same manner they created the original White Walkers. For such a big reveal, HBO really didn’t make enough of a big deal surrounding the moment Benjen said his name and made his presence known. 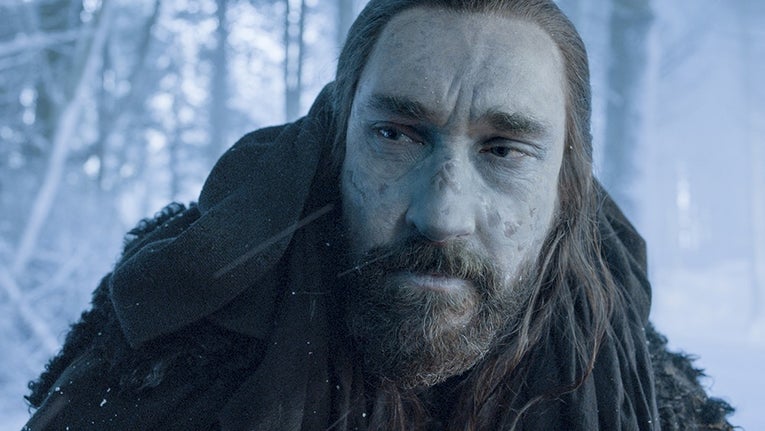 ESSOS: Daenerys rides out ahead of her massive force and arrives a while later on Drogon’s back. This time around, Drogon has grown to gigantic proportions and strikes the people with awe. They rally around this magnificent, CGI sight and promise to sail with Daenerys to Westeros in order to claim the Iron Throne for her. She makes some really terrific promises that will be incredibly difficult to keep.

“Blood of my Blood” just felt like an episode to establish events for later, more exciting episodes. The reveal of Coldhands-Benjen and prisoner Edmure felt anticlimactic, while the reveal of gigantic Drogon raised some momentum by the dragon’s sheer display of power.