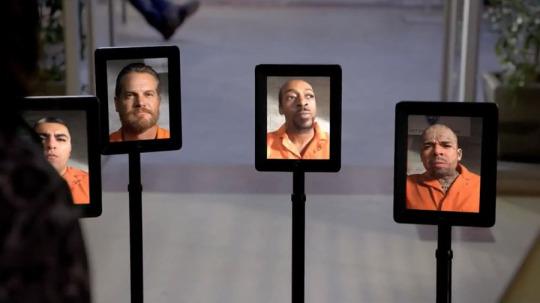 With five quality episodes on the record and two new cast members, “Community” shows no signs of an empty tank.  “Laws of Robotics & Party Rights” wasn’t one of the show’s famous concept episodes that cite specific films or certain genres, but it still made for an overall solid half-hour of situation comedy that wasn’t afraid to give its newer players a respite.  Frankie and Elroy appear, but hang back and leave the subplots to the program’s veterans.  The episode opens on the committee sitting in the study room, waiting for an uncharacteristically late Frankie.  The Dean misspeaks his way into a racial misunderstanding and the group looks to Elroy for the “okay.”  “I’ve got a brain the size of Jupiter,” Elroy declares. “I’m not your fourth Ghostbuster.”  The obvious pop reference to Ernie Hudson’s involvement in Ghostbusters shows that even the new characters fit into the show’s unique brand of humor. Britta then chimes in that they should have a moving-in party at the apartment she now shares with Annie and Abed, living on the couch that her parents bought in “Lawnmower Maintenance & Prenatal Care.” Abed abruptly chimes in as Jerry Seinfeld, “She’s a ‘coucher’—she sleeps (Seinfeld comedic beat) on a couch!” Danny Pudi’s spot-on Seinfeld ended up as the highlight of the scene. Annie interjects just as abruptly to be sure Britta doesn’t violate their roommate understanding—no more than eight people. Jeff interrupts the disagreement between new roommates to point out Frankie entering the room electronically via Facetime.  She uses this attention-grabbing platform to physically enter the room—pitching the Dean an idea to allow convicts an opportunity to attend Greendale by way of an iPad stuck to a pole on a remote-controlled wheel. Despite the $300,000 payday, the Dean has trepidations until Jeff (obviously) convinces him to go for it.  Chang’s also in the scene—he takes over Frankie’s iPad and farts. After giving Chang a lot of scenes last week, it wasn’t the worst idea to dial him down a bit.

At Greendale the next day, the Dean greets the new convicts on their iPad wheels with a warning not to bully him or form race gangs. Willy (played by Brian Van Holt of Abed’s favorite series, “Cougar Town”) rolls forward from the inmates and presents an olive branch to Greendale.  His charisma has Jeff intrigued—he’s the “folksy,” charismatic one around these parts. When Jeff walks into class, Willy waits among the other students, but expresses how upset he feels that Jeff blows off teaching duties and merely plays “Planet Earth” for his class, as stated in season five, as well. Across campus, Britta corners Abed and asks him to join her in a party project, which prompts him to flashback. Abed’s pop back to the day Annie moved in was perfect as the wardrobe matched it exactly.  The pop back ended a blink-and-you-miss-it hilarious Troy “cameo.” We then jump back to Greendale as Jeff walks out to his Lexus in the Greendale parking ramp?? Willy wheels over and directs Jeff to look down a flight of stairs. Stairs! That’s why they needed to add a parking ramp, so Willy could try to ram Jeff down a flight of stairs with his Segway.  Jeff lets this murder attempt slide and heads out as Willy throws a cryptic quip in his direction. “Oh, I’ll see you tomorrow, Mr. Winger.” 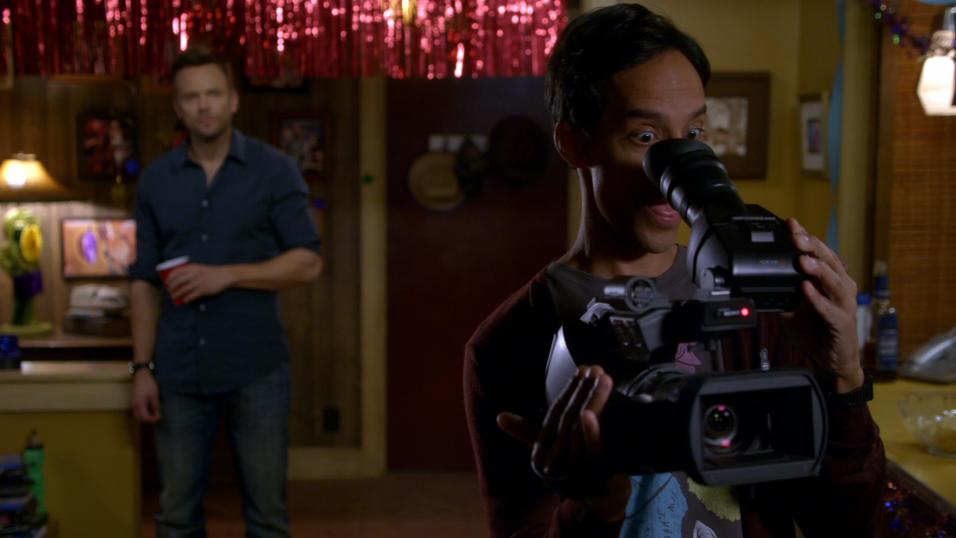 We head back to the apartment where Annie finds Britta and Abed in a production meeting for Abed’s newest film, Britta’s Party, written by Britta Perry and featuring a cast of more than eight people who party “like there’s no tomorrow.”  She immediately sniffs out the loophole of involving Abed and a camera, threatening Britta in the process.  Britta, however, brushes it off—ignorantly satisfied with her seeming victory.  Abed gets excited and doesn’t see through Britta’s ruse.  Britta distracts Abed by getting him worked up with the Seinfeld “coucher” bit—a joke so good it merited seconds as Sterling Archer might say.  At Greendale the next day, Jeff walks into an ambush from Willy and the Dean.  Willy accuses Jeff of not teaching class and Jeff accuses Willy of trying to murder him the night before.  Willy asks Jeff to present evidence, and he can’t.  We follow them back to class where Jeff tries a hand at teaching and Willy challenges him.  The tension dissolves when Garrett asks Jeff why he isn’t funny anymore.  The class’s laughter dissipates to Jeff venting to Britta at her party.  Abed tries to get Jeff and other partiers into his film as he walks around filming the event.  The Dean and Frankie interject with the convicts on their iPads to join the party.  Jeff looks on in jealousy as Abed shoots the Dean gleefully dancing with the iPad displaying Willy.

At six o'clock the next morning, Britta wakes up complaining about Abed continuing his shoot.  He’s hired new actors to finish shooting the movie and Britta couldn’t look any more upset at what she’s done.  Over in the parking ramp, Jeff and Willy’s iPad show down in the parking lot, prompting the teacher to heave the Segway and the tablet down the stairs where Willy tried to murder him.  The Dean walks in right after the act, wailing as if Jeff murdered his new love Willy. He bans Jeff from the campus which leads to Jeff sorrowfully drinking again with his friends—this time at a bar.  Elroy enters and Chang asks about his bathroom situation. They ask the homeless Chang where he poops. “In a house.”  Annie asks Britta how Abed’s movie is coming along.  Britta feigns excitement, announcing that Abed’s decided his movie will now have two volumes.  Annie offers to help an obviously desperate Britta, who accepts assistance without a question.  Frankie and Chang update Jeff on the Dean promoting Willy to his old job at Greendale.  Annie and Elroy convince Jeff to open up to the Dean causing Elroy to hatch a plan on Jeff’s behalf.

At the apartment, Annie backs up Britta, who confesses her ruse to Abed—visibly upset at Britta’s confession.  He shuts production down and storms out of the room.  Annie defines the nature of living with Abed for Britta.  Is she up for the task?  The highlight here was the end of the scene when they shared a freeze frame for their faux spinoff together, “Female Friends.” Back at Greendale, the Dean hosts a ceremony to welcome Willy as a new teacher in what looks and sounds a lot like a small wedding.  After all, Willy replaced Jeff as the Dean’s new hopeless, manipulative crush.  Segways with iPads displaying criminals check in at the gate before gaining entrance.  A broom with a tablet taped it wheels in with Elroy’s face—the race joke comes full circle when the guard doesn’t ask for Elroy’s name. When the Segway crosses the threshold, Elroy swaps out for Jeff, who interrupts the Dean and Willy’s…ceremony?  Jeff makes a long awaited confession to the Dean, all ears.  The Warden/ minister interrupts that Willy hasn’t murdered anybody and was wrongfully imprisoned.  The charade disappoints the Dean, who no longer favors the lying Willy. Willy, with nothing to lose, starts an iPad fight with Jeff, tipping him over in the process.  A shocked Dean rushes over and cuts Willy’s connection to pick Jeff up in order to perform romantic spins with the broom.  Garrett has another funny line to end a scene, satirically offering, “Way to go, Mr. Winger! Way to go!”  The Dean lovingly carries the Jeff-pad-broom out with him.

The episode ends with the committee all teleconferencing in on Segway iPads in the study room.  Frankie says Greendale and the prison aborted the program and has the iPads up for a steep discount.  Will the school buy them?  Everybody quickly gets distracted.  The Dean claims he has no reception and runs over to Jeff’s office and jumps on his lap to rejoin the party.  Britta tries to join from a cyber café and her lack of bandwidth keeps cutting her out of the conversation. Did she get arrested?  Elroy gets distracted by a bunch of kids throwing stones at his window and Abed notices that the tile in the bathroom where Chang poops matches the tile at his apartment.  A shocked Annie runs over and finds a most unwelcome surprise.  Abed takes over the iPads and starts chanting “Eradicate!” as if he were a blorgon.  The janitor who sits in the Dean’s iPad fears the new order and hilariously joins in the “Eradicate!” chant.  A typical three act sitcom with just a touch of predictability—“Community” will need more episodes like this if they’re to change up the pace (or set the pace) for what Harmon and co. has in store for the Save Greendale Committee.