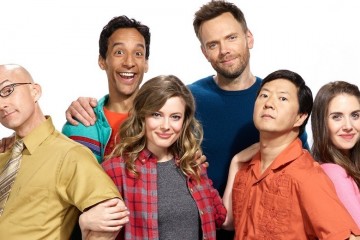 The now Yahoo! original series “Community” arrived with a bang last week as two episodes were offered to viewers to celebrate the sixth season debut.  This week, “Community” hit another milestone as director Bobcat Goldthwait (God Bless America, World’s Greatest Dad) helmed the acclaimed program’s one-hundredth episode.  “Basic Crisis Room Decorum” opened on Annie sitting before a monitor late at night when she receives a distressing e-mail from a colleague.  She quickly jumps on the situation, alerting new friend Frankie immediately via text.  They agree to meet at Greendale in thirty minutes after Frankie sends out a mass text.   Luckily, she only rests half of her mind at a time. This brief exchange set the tone for the show’s new dynamic. Annie contacting Frankie first and their confirmation discussion demonstrated the new hierarchy of responsibility.  These two determined, organized ladies are Greendale’s best chance against come whatever may; which would really be a shame if this wasn’t a comedy—it’s far too much responsibility for anybody who isn’t the Dean of Admissions.  If someone informed Frankie primarily, obviously she would have called Annie next, right?

Frankie contacts the Dean, who insists he knows how to round up the committee.  Unfortunately, he really doesn’t and gets caught up in texting Jeff.  Despite Annie texting him that he isn’t texting Jeff, the Dean continues his flirtatious texting with Jeff.  However, the camera showed that the Dean has really been texting two trolling Japanese students in Tokyo.  The narrated texts added an especially uproarious touch, especially when Joel McHale narrated the students’ text messages.  This obviously, hilariously, directed the point of view to the Dean due to “Jeff’s” English barely passing or even holding up for long. Harmon really killed it with the inclusion of emoji.  During the conversation, the Dean indicated that he had texted these teenagers unbeknownst for at least over a month.  It would seem like Jeff tormented the Dean from his point of view, in that case. (“But he really didn’t,” to quote Ron Howard’s narrator in “Arrested Development.”)

The “Avengers” assemble in their titular crisis room, the study room. Britta shows up drunk and Abed, wearing green PJs, gets a hold of his connections in the AV community.  Britta poops her pants and “quietly” excuses herself.  Chang also pops in—somehow always in the right place at the right time for action.  Elroy drops off Britta as she had wandered about campus without pants, but she now wears a pair of his pants and looks even more homeless than last week.  Just as Elroy and Jeff excuse themselves, Abed pulls up City College’s attack on Greendale set to air in a few hours.  It would seem that a dog received a diploma from Greendale in 2008, right before “Community” aired and that City College highlights that fact in their attack ad in order to better shame Greendale and discourage future students from enrolling.  Looks like City College hatched a new plan since their falling out with the Changnesia charade during the year of the gas leak.  Jeff makes it known that he’s only concerned with making sure City College can’t prove anything, which really only masks the shame.  Annie contends that Greendale should find shame and teams with Frankie in a search for the truth in the Dean’s files. By the way, the Dean keeps texting these Japanese students.

Abed doesn’t really have a part to play after this and, unfortunately, takes a back seat after finding the video.  Chang excuses himself to film a porno at City College in order to put it online thusly discouraging parents from sending their children to such a filthy institution. The Dean continues his hilarious text message correspondence with a Tokyo teenager as he catches Jeff texting on his phone across the room.  These coincidences really stack up to further delude Craig Pelton.  Frankie and Britta talk about the ethics of their approach to the attack ad. After the opening texting exchange, the episode quickly felt like a bottle episode, much like “Cooperative Calligraphy” in the second season.  However, the camera checked in on Elroy and Britta’s bonding moment in his Winnebago as they found out they had a similar taste in music when Britta was 15 and Elroy was 40.  Britta’s singing turned into a fantastic, mystical sequence until the reality of a drunken woman singing a song from her teenage years at a new friend became apparent. 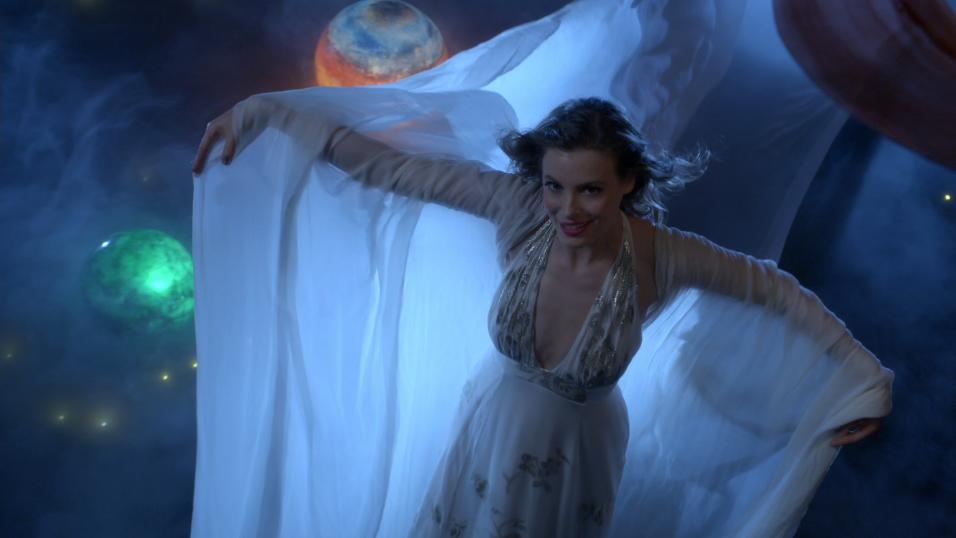 The teenagers across the Pacific, as Jeff, ask the Dean for five can (sic) of olives.  The Dean, blind to the joke, goes off to get olives and presents them to Jeff…again?  Frankie and Annie find the dog’s file and present their evidence to the group sans Chang.  Jeff, Frankie, the Dean, et al are happy to present the technicality of Ruffles not graduating Greendale due to unpaid graduation fees.  However, Annie finds it appalling and thinks Greendale needs to own up to these shenanigans.  She suggests that she should transfer to a school, like City College, where her credits have value.  Frankie accepts her terms and Annie bails on the group (if only momentarily, like when Abed briefly seceded during “Ladders”).

The group continues their discussion of how to address the situation.  Annie, down in the dumps, is presented with the Greendale response ad featuring the Dean and Ruffles the dog where the school owns up to having a dog enrolled and embraces it.  Obviously, Annie agrees that this is the best way to address Ruffles’ enrollment and decides, yet again, to not transfer.  Chang returns with his “film” that makes the group (except Abed) look away from the screen. The episode ends on its funniest note when the Japanese student’s father shows up after a hard day of work. Father and son share a heated exchange that results in the boy letting down the ruse of Jeff and reaching out to the Deans (sic) for a friend.  The Dean buys too deeply into the delusion and doesn’t understand what’s going on, causing the boy to become a cold, ruthless Yakuza boss in a cold narration.