literature -> A Song of Ice and Fire conclusion prediction A Song of Ice and Fire conclusion prediction

Are the bad guys really the good guys? And vice versa?

Author George R. R. Martin’s fantasy opera “A Song of Ice and Fire” gained popularity at an exponential rate in recent years as HBO’s current hit television series “Game of Thrones” struck a chord with critics and audiences in its 2011 debut.  Martin’s unique style of shocking audiences with twisted, terrifying passages never seemingly turn the reader or viewer off completely. Is this because many of the characters and plots are drawn from historical figures and events in human history?  One of the writer’s greatest influences is obviously The Lord of the Rings author J. R. R. Tolkien—known for deriving some of Middle Earth’s greatest characters and events from World Wars I and II.  Martin, however, digs much deeper into history as England’s The War of the Roses certainly appears to have caused inspiration for most of the events depicted in “A Song of Ice and Fire” with the obvious suggestion of multiple noble families vying for power.  The events of the infamous “Red Wedding” massacre calls to the Black Dinner and the Glencoe Massacre. As Martin pointed out to Entertainment Weekly, “No matter how much I make up, there’s stuff in history that’s just as bad, or worse."

If the history books have taught us one thing, it’s that they were written by the various victors throughout history.  Sometimes these victors weren’t the good guys, just like House Lannister sans Tyrion.  Hardly an adolescent in grade school hasn’t read about the heroic Founding Fathers, but only recently have their less-desirable traits surfaced in the public school.  Up until the twenty-first century, knowledge of Thomas Jefferson’s slaves, Benjamin Franklin’s numerous affairs, and the involvement of secret societies like the Freemasons in the formation of the United States had largely been left off the agenda in favor of a more direct, mass-appealing protagonist approach. This isn’t to say America is an awful place—it just isn’t perfect. The truth about many of the Founding Fathers has slowly started to become better-known now that America isn’t printing all of the history books.  What if Martin has been laying foundation for such a predicament in Westeros and Essos with his novels? What if we should root for the Lannisters and loathe the Starks?

(From here, major events from all of the books and series are openly discussed. You may want to check back if you want to catch up first.)

The author has already gone on record by calling Sansa Stark, one of the point-of-view characters, “unreliable” because of what has been called the “unkiss” with Sandor “The Hound” Clegane during the Battle of Blackwater in A Clash of Kings.  What if Martin is telling us the story of Azor Ahai and The Prince Who Was Promised from a different perspective? Of course the Lannisters have done terrible things. Tywin has spited Tyrion in many ways beginning with Tyrion’s first wife and ending with Shae in bed.   Tyrion, the Lannister for whom we’re to root, kills his father in an act of ultimate oedipal instinct. Freud has a thing or two to say about any narrative where a male character kills his father. Jaime pushed Bran out of a window and Cersei ordered the execution of infants. But what if Tyrion wasn’t the only Lannister to slay his father? What if Tyrion was the second Lannister sibling to kill his father?  Of course this is absurdly impossible! Even in a world of Others and White Walkers, Tywin can’t be killed twice as he lived and died thousands of miles away from any icy demon to turn him into one of their own kind. No, Tyrion certainly killed his father, but what if Jaime Lannister killed his father, as well.

Entertain the notion that the Kingslayer is also an unbeknownst kinslayer. What if when Jaime killed Aerys II “The Mad King” Targaryen during the Sack of King’s Landing at the end of Robert’s Rebellion, he also slew his father?  Not much has been spoken about Joanna Lannister, mother of Jamie and his twin, Cersei.  The Lannister twins both seem to remember her fondly in what few passages mention her from their point-of-view chapters. A Tyrion chapter in A Storm of Swords reveals Tywin’s brother, Gerion Lannister, saying, “The best part of Tywin died with her.” It’s evident that Joanna melted the heart of even the hardest Lannister heart in that of her stern, devout husband.  She died giving birth to Tyrion.

This theory, of course, employs the notion that Joanna Lannister and Aerys II Targaryen are the true parents of Jaime and Cersei Lannister, an incestuous twin duo reminiscent of the incestuous Targaryen sibling marriages intended to keep Valyrian blood as pure as possible.  A Daenerys chapter in A Dance with Dragons involves Daenerys asking Ser Barristan Selmy about her father, and more specifically, if there was a woman her father loved more than her mother, Rhaella.  Selmy replies rather cryptically, hinting at Joanna Lannister as heavy-handedly (no pun intended, Jaime) as possible to be apple of Aerys II’s eye. Selmy then gives the implication that the Mad King’s lust overtook him so much that he openly regretted the First Night tradition ban, which would have seen him taking her virtue before her husband.  Perhaps he did anyway? Selmy goes on to mention a division between Aerys and Tywin, Aerys’ Hand.  Tywin Lannister is often represented as a traitor for his role in the Sack of King’s Landing during Robert’s Rebellion.  As Aerys’ Hand of the King, Tywin entered the city with warm tidings but quickly sacked it.  What if Tywin hadn’t committed treason, but, instead, an act of revenge or retaliation for all the misery he’d cast on House Lannister and particularly Tywin’s beloved Joanna?  This would mean that Jaime and Cersei are Targaryen bastards (reminiscent of the Blackfyre Rebellion) and potentially have the Dragon’s blood.

Cersei Lannister even confesses as early as A Game of Thrones that she and her brother justified the incest to themselves by recalling the very factor about Targaryen marriages—even going so far as to call herself “complete” when sexually engaged with her brother when confessing to Ned Stark on the television series.  Many Sansa chapters depict Cersei as a terrible woman, but Cersei is just another player in the game of thrones as she also confesses to Ned.  She protects the interests of her family and her children most of all.  The television program has her as the face of evil.  Martin already confessed that Sansa is unreliable. What if Sansa rewrote history with the Starks in mind? After all, she fell pretty hard at first for the Caligula-esque Joffrey Baratheon.  It’s true that Cersei loves Joffrey, but that’s a mother’s love she shares with Tommen and Myrcella as well.  Sansa even hates Tyrion as a husband, but he never touches her.  For all his drinking and whoring, Tyrion respects Sansa and her virtue. 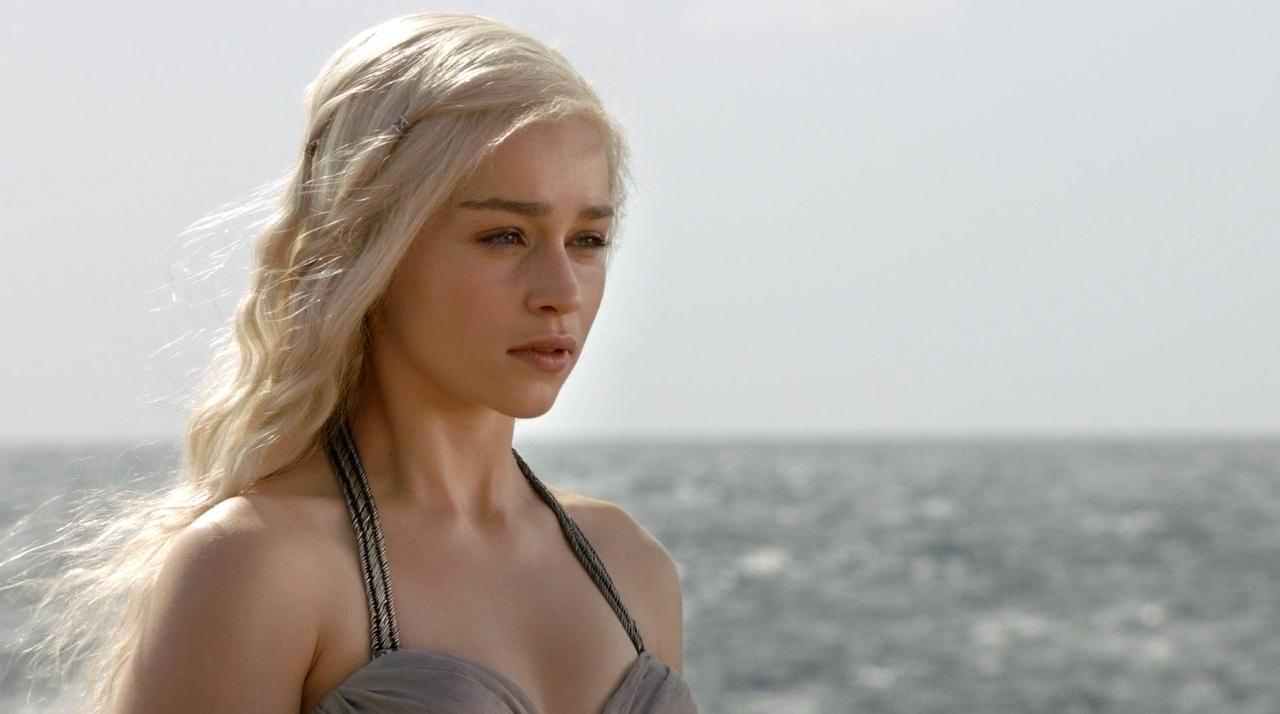 Assuming that Jaime Lannister and Cersei Lannister are Targaryen bastards (would he then be Jaime Hill or Jaime Storm?), former King Joffrey Baratheon would then truly be from the line of House Targaryen and would have unknowingly recovered Targaryen rule following Robert Baratheon.  Joffrey was a truly rotten, awful king and it’s well-known that the gods toss a coin when a Targaryen is born to determine whether or not the child is good or bad. Joffrey may have matched Aerys II in hereditary madness after all.

Moving forward, obviously the Azor Ahai and Prince Who Was Promised prophesies will have some intricate part to play for R’hllor or The Great Other or The Drowned God in the literature to come. Daenerys Targaryen, Jon Snow, Bran Stark, and Brynden Rivers (the three-eyed raven) appear to be champions or fulfillments of sorts.  However, the Azor Ahai legend involves the attempted forging of the sword Lightkeeper through a Lion’s Heart. Will Jaime kill Tyrion—perhaps the only true lion in a cruel, ironic twist for his character? Azor Ahai then attempted to forge his sword by plunging it through his beloved wife Nissa Nissa’s heart.  Who will be the new Nissa Nissa? Cersei? Brienne?

Obviously Jon Snow has been the favorite for Azor Ahai theories due to the seeming ties to having Rhaegar Targaryen (Valyrian blood) and Lyanna Stark (the blood of the First Men) as parents; but it seems his role is a Northern one.  Maybe a champion for the Great Other, perhaps a new Night’s King with a White Walker-Ygritte like the original Night’s King and his queen.  According to a Bran chapter in A Storm of Swords, the original Night’s King was a certain Stark (despite conflict theories) according to Old Nan.  Bran also recalled Old Nan saying that the Night’s King was overcome by his brother who was a Stark at Winterfell (possibly named Brandon Stark…) and a King Beyond the Wall named Joramun.

Daenerys seems to be slowly unraveling as an unstable Targaryen in A Dance with Dragons due to her inability to tame and maintain her dragons. She escapes on Drogon’s back. That isn’t a great display of responsibility for a girl who wants to rule all of Westeros from the Iron Throne.  She employed the use of blood magic to revive Khal Drogo and paid dearly despite receiving constant, contrary advice.  Her dragons certainly have a role to play, but maybe Jaime can tame one for himself?

Jaime also had a Valyrian steel sword which he gifted to Brienne.  Will Oathkeeper and Widow’s Wail become re-forged (possibly by Gendry?) to become the new Lightbringer?  For all of the terrible atrocities committed by Jaime Lannister, we must consider that things are not what they seem in Martin’s spectacular realm.  The author himself admitted to at least one unreliable narrator, and who’s to say there aren’t more in there? Lying to us? The audience is constantly driven to grieve and empathize with House Stark’s family members; however if Jon Snow and Bran Stark fight for the Great Other, what does that make them? Was Jaime pushing Bran out of the window a near-end of a war before it began? There are many facets to contemplate, but hopefully we’ve whetted your appetite for Martin’s upcoming The Winds of Winter, the sixth entry in “A Song of Ice and Fire.”