Technically, Godzilla is a dai-kaiju, or “Giant strange monster” in Japanese.  All of Godzilla’s peers can be considered the same: Anguirus, Mothra, King Ghidorah, Gamera, Gigan, Rodan, and even Mechagodzilla.  However, Godzilla reigns as “King of the Monsters” and defeated all of his enemies in combat.  According to the calculations of deepseanews.com contributor Dr. Craig McClain, the diabolical daikaiju would urinate about 12.9 million gallons per day. (That’s terrifying enough if he’s on land.) How many fictional characters have a star on the Hollywood Walk of Fame? Count Godzilla as one of them. He’s even crossed over to the comic book world to do battle with The Fantastic Four.  Although his campy 1998 take seems to have disappeared from memory, the 1954 Japanese original made even Akira Kurosawa want to interpret the character on film. Trailers displaying the most massive creature ever in a movie and early screenings promise an inspired blockbuster from Godzilla,directed by Gareth Edwards (Monsters). 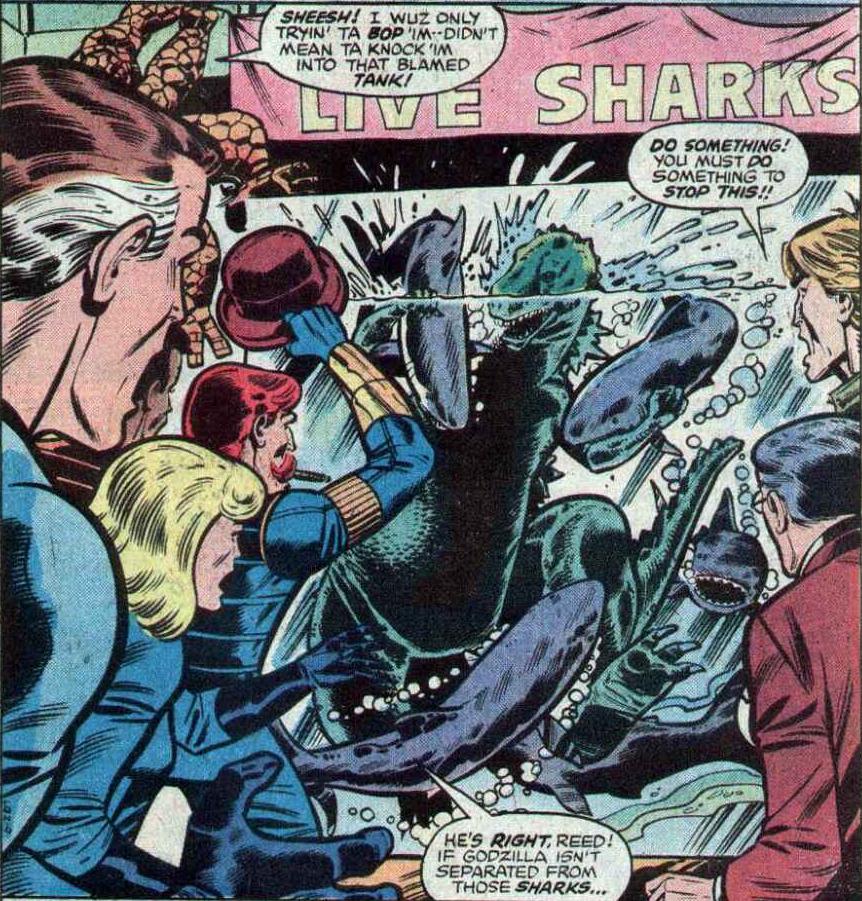