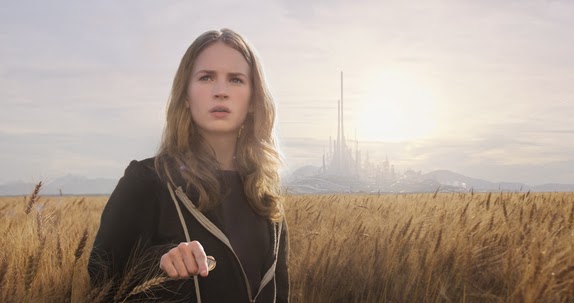 Live-action, Disney-funded projects always turn out with a quality, satisfying motion picture experience: compelling narrative, complex characters, thrilling score, realistic effects, and movie stars.  Of course, they met some financial blunders in 2012 and 2013 with John Carter and The Lone Ranger, respectively. Last summer’s Maleficent made even more money than originally expected, and 2011’s Super 8 received rave-reviews for its originality and storytelling.  It appears as if they’re trying to capture that Super 8 spirit with Tomorrowland—an original project co-written and directed by Brad Bird (The Incredibles, Mission: Impossible – Ghost Protocol) that follows a curious teenager and a former boy genius (George Clooney) who, according to the Walt Disney Motion Pictures press release, “embark on a mission to unearth the secret of an enigmatic place somewhere in time and space that exists in their collective memory as ‘Tomorrowland.’”