All sizzle, no steak

Whether one lives their life as a fan of filmmaker Tim Burton’s movies or simply enjoyed the young adult novel Miss Peregrine’s Home for Peculiar Children by Ransom Riggs, viewers of the book’s film adaptation will leave the theater disappointed either way.  In the age of Y.A. franchises such as The Hunger Games, Divergent, and The Maze Runner, Miss Peregrine’s Home for Peculiar Children appeared ready to break out of the action-adventure-in-a-dystopian-wasteland mold the genre has taken of late. While the picture successfully avoids the apocalyptic clichés and navigates three acts, a lack of excitement tethered with an air of predictability changes an inspired book into a lackluster blockbuster.

When faced with a family tragedy, a teenage Florida boy named Jake finds difficulty coping and finding closure until his therapist recommends he travel to a little-known Welsh island significant to his family’s past. Upon arriving with his father, bizarre occurrences begin happening in the little Welsh village almost instantly. As these events unfold, Jake explores the other side of the island in search of an orphanage that may or may not house children with all manner of amazing and impossible abilities as well as the necessary answers to bring closure to his tragedy. 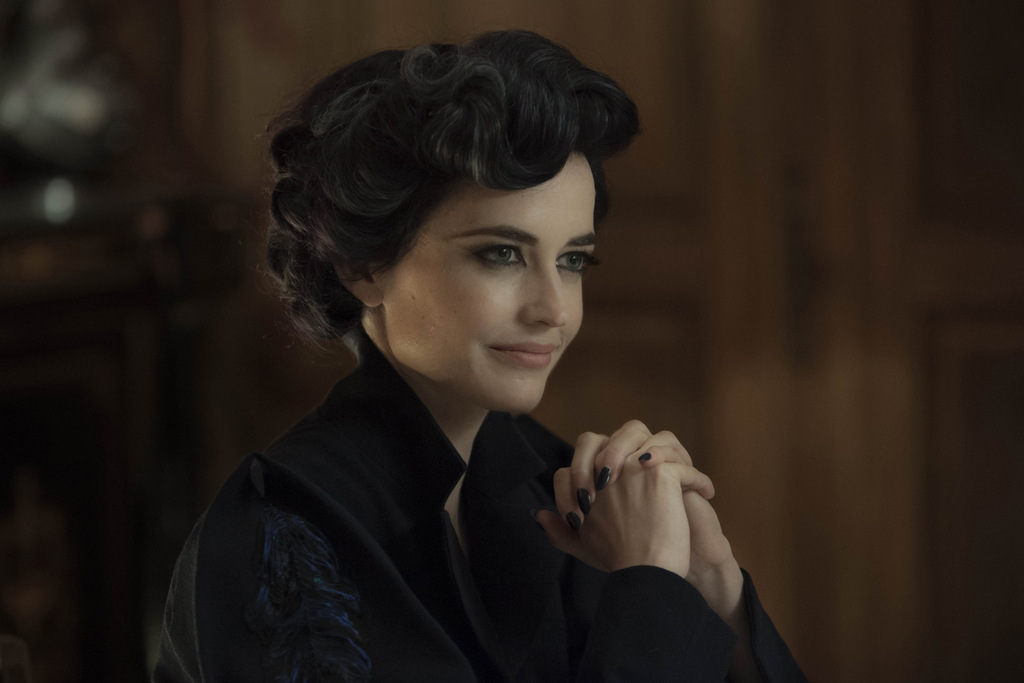 Asa Butterfield (Hugo, Ender’s Game) leads the film as Jake, giving a performance almost as bored as that of love interest Ella Purnell’s (Maleficent, Kick-Ass 2) Emma. The sparks certainly fail to fly between these two, and the only ounce of real passion comes from Finlay MacMillan’s (“Waterloo Road,” “River City”)Enoch in a couple of scenes. Eva Green (Casino Royale, 300: Rise of an Empire) takes top billing, but only appears briefly in a handful of scenes before inevitably changing into the form of her namesake at the end of seemingly each one. Living legend Samuel L. Jackson plays a villainous character entirely original to the film that is not altogether unwelcome, but simply unnecessary. Other big names like Dame Judi Dench, Allison Janney, Rupert Everett, Terence Stamp, and “Fear the Walking Dead’s” Kim Dickens all take blink-and-you-miss-it roles that amount to very little outside of a cavalcade of cameos.

While the director hasn’t abandoned his German Expressionist inspiration altogether, a keen eye can see it dwindling hand over fist. Gone are the days of twisted, multi-layered psyches burdening Burton’s protagonist. His last critical hit landed nearly ten years ago in 2007 with Sweeney Todd: The Demon Barber of Fleet Street (despite helming a billion dollar film in Alice in Wonderland and Golden Globe love for Amy Adams’ performance in Big Eyes). Every single problem facing Jake, we’ve seen Burton do on film before…and better. Chris O’Dowd (“The I.T. Crowd, Latin Fury) plays Jake’s spoiled, alcoholic father and while the actor does admirably in his role, and the arc for serving the greater conflict, the director already handled such sensitive material with flair and brevity in Big Fish, or even 1989’s Batman .  The first two acts feel so rushed and flat, that by the beginning of the entirely original finale, Burton and screenwriter Jane Goldman (Kick-Ass, X-Men: First Class) have already alienated the remaining fans hopeful for a literal book adaption. One would have expected his 3D experience from Alice in Wonderland to take this film to at least a spectacle presentation.

The adaptation for Miss Peregrine’s Home for Peculiar Children could have fallen prey to a far less-faithful reimagining despite the liberties it takes on Ransom Riggs’ world filled with characters born to live extraordinary lives with unimaginable abilities. Although fans of Burton’s earlier work probably won’t rush to catch this young adult-targeted blockbuster, fans of his more recent work will find the director’s newest effort on par with Dark Shadows, Big Eyes, and Alice in Wonderland. What could have been a legitimate opportunity to change a genre with a past master filmmaker instead becomes the light beer equivalent of X-Men.  At least the music, effects, and costumes all check out. It may have won the box office, but will it warrant a sequel?