It isn’t a secret among Hollywood studios that audiences go into a comedy wanting to laugh.  You’ve paid the price of admission because you seek entertainment, not disappointment.  2014 already saw two repetitive sequels in 22 Jump Street and Dumb and Dumber To,so where will the most recently-released comedy sequel, Horrible Bosses 2, rank on the creative scale?  With solid returning leads and supporting stars, two new talented cast additions, and a plot deviating just enough from the concept of the 2011 original to stand out, Horrible Bosses 2 lands somewhere in the middle as far as comedies are concerned—not the dumpster fire that was Caddyshack II without the cult following of Clerks II.  Unlike most sequels with a “2” tacked on the end, Horrible Bosses 2 maintains the name of the first while putting a new spin on it, as well. 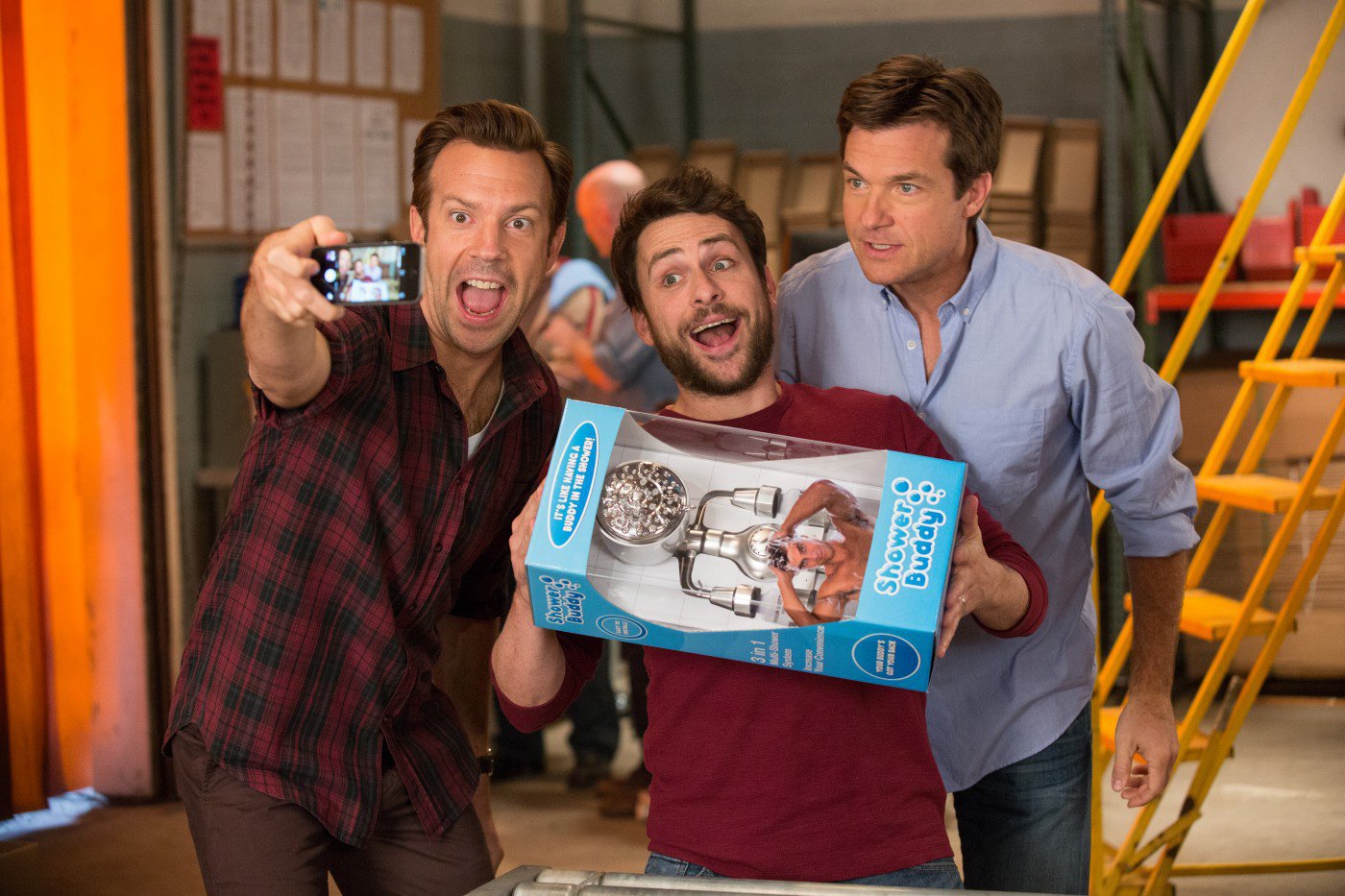 Every couple years, a solid comedy (popular, improv-reliant cast and low-cost production rates) makes enough money that a studio can’t afford to miss cashing in on a sequel—using the first installment’s name brand and slapping a shameless “2” behind it.   After this lesson in creativity, it’s pretty much up in the air.  One hopes for a worthy next chapter to take an interesting next step while staying true to the beloved characters like Anchorman 2: The Legend Continues, Hot Shots: Part Deux, Wayne’s World 2, Clerks II, Back to the Future: Part II, and A Shot in the Dark.  However, this can go the other way, when one can put down $9 for a ticket and you’re sitting through Caddyshack II or one of Hangover sequels where all the characters do is drink and lose each other.

Horrible Bosses 2 becomes a hybrid of good and bad sequels.  The best returning quality is that the three leads (Jason Bateman, Charlie Day, and Jason Sudeikis) haven’t lost a beat with their characters.  Bateman’s (Bad Words, “Arrested Development”) still fills the role of sardonic, but amenable Nick.  Sudeikis’ (We’re the Millers, “Saturday Night Live”) charm keeps rolling like it did in Horrible Bosses, but with an added hint of misogyny at times that ends the good humor.  Charlie Day (Pacific Rim, “It’s Always Sunny In Philadelphia”)slips back into his character, Dale, like it was still 2011, exploding with nervousness and hilarious fits.  The bad points of the movie are on the at-times misogynistic writing and squandering the screen time of two-time Academy Award-winner Christoph Waltz (Inglourious Basterds, Django Unchained).

Despite having the same three lead characters as Horrible Bosses, the men aren’t out to separately murder their bosses this time.  Instead, they’ve invented a new product and look to become their own bosses from now on, so they aren’t forced to the brink of murder again.  Instead of having horrible bosses (which they do in some degree through Waltz’ Bert) they are the horrible bosses.  They aren’t horrible in an evil, selfish, greedy, back-stabbing fashion, like the bosses in the first installment. Instead, the protagonists are horrible at being bosses because they bet on themselves to make it on the free market and lose big time.  They stand to lose hundreds of thousands because their investor, Waltz, screwed them and they didn’t see it coming.  Seeing as how they’re incapable of murder, the guys agree kidnapping is the next best avenue to get their money back.

In addition to solid, humorous lead performances, the returning, supporting cast is also good for most of the film’s big laughs.  The obvious highlight of the film is Jennifer Aniston’s (We’re the Millers, Wanderlust) few scenes as Julia—Dale’s horrible, sex-addicted boss from the first picture.  She still has her eyes on him even though he’s moved on from the dentist’s office—where she now hosts a sex addiction support group.  Jamie Foxx (Annie, The Amazing Spider-Man 2) also comes back to play the guys’ consult on all things shady.  Foxx’s MF Jones has a few scenes outside of the bar that allow him to be more central to the plot, similar to Aniston’s Julia leaving the dentist office later in the film.  Even Kevin Spacey (Call of Duty: Advanced Warfare, “House of Cards”) gets a few funny scenes from behind bars as Nick’s old, murdering boss, Dave.

Despite adding two of the world’s most in-demand actors in Waltz and Chris Pine (the Star Trek franchise, Into the Woods), their characters never grow beyond their necessity to the plot.  Waltz is barely on camera, always hurrying or just trying to brush the three leads out of his sight.  Pine has more fun with his character, a nasty, selfish son to Waltz’s nightmare father.  Most of Pine’s scenes are with the three leads as he is their hostage in an attempt to get back at Waltz with a kidnapping scheme.  Tough-guy character actor Jonathan Banks (“Breaking Bad,” “Community”) also makes his first appearance in the series as the detective investigating Pine’s disappearance.

Although it contains writing that often falls flat because it’s misogynistic or repetitive and colossally wastes some serious talent in Christoph Waltz, the movie still pleases most comedy fans, if not just fans of the first movie.  Bateman, Day, and Sudeikis each snap back into character with hilarious chemistry remaining among them.  Aniston, Foxx, and Spacey each show their faces again to make a funny comedy even funnier.  In a year packed with comedy sequels, Horrible Bosses 2 rises as the most original among them, but it probably won’t warrant a third trip to see Nick, Kurt, and Dale.