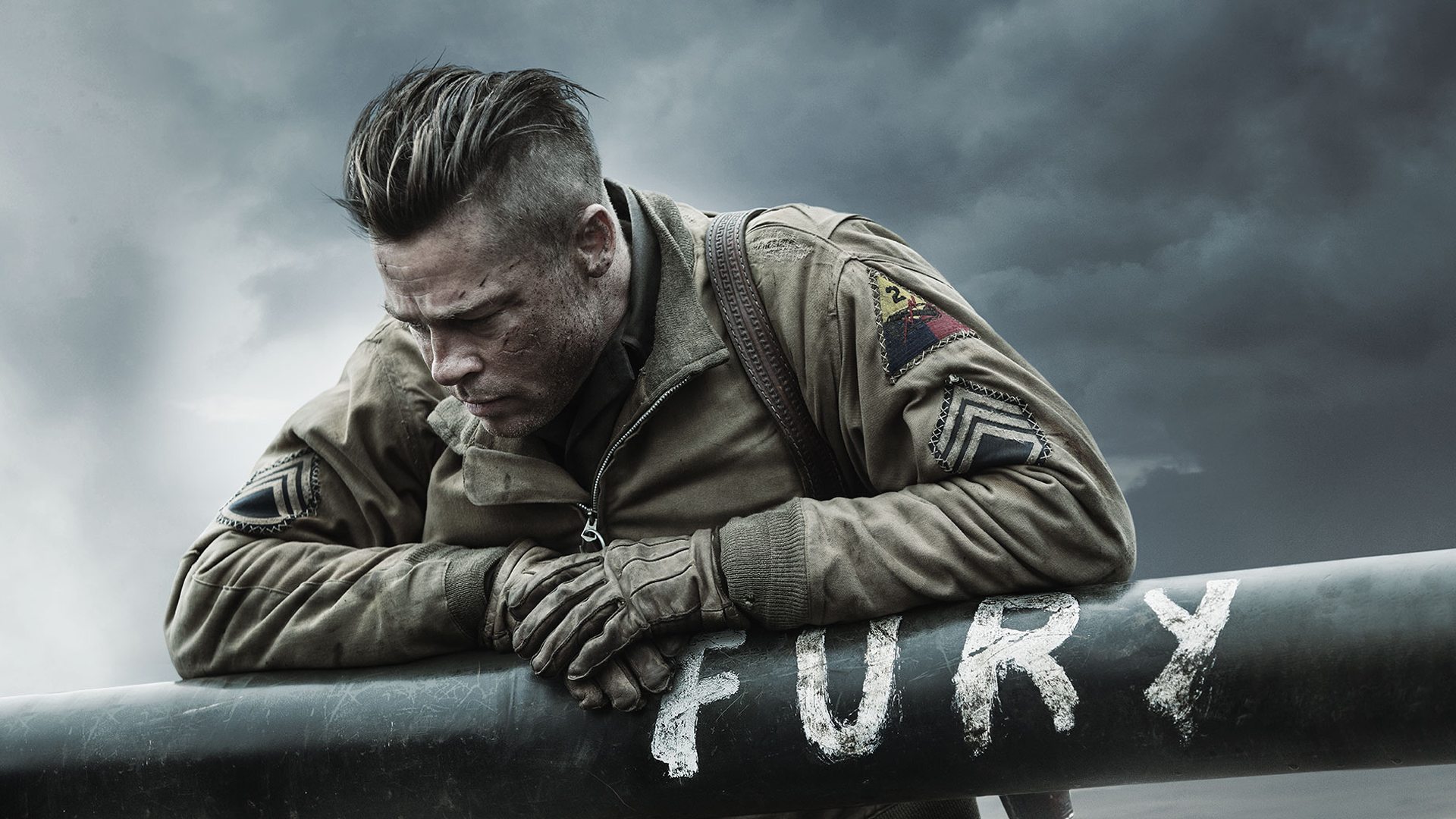 A day in the life on the Nazi front

Writer/ director David Ayer’s (Sabotage, End of Watch) second wide release of 2014 may stand the test of time as his best film.  Fury should figuratively tank its way into awards season conversations: best picture, best director, best screenplay, and the supporting performances are a director’s dream come true.  Despite the fact that the film is historical fiction with a predictable conclusion, the performances, writing, cinematography, and uncompromising atmosphere make for a compelling war film sure to remain one of the best of all time in its genre.

After opening titles set the stage, Ayer introduces the crew of the Second Armored Division tank “Fury” right after a battle that saw the death of one of their own. This heated moment helped Ayer naturally bring out the true nature of each character right away—a necessity in a film that covers a day-long span.  Immediately, the dangerously aggressive and poorly educated Coon-Ass (Jon Bernthal- The Wolf of Wall Street, “The Walking Dead”) blames their Sergeant, Wardaddy (Brad Pitt- 12 Years a Slave, The Counselor).  The burdened, battle-hardened Sergeant accepts Coon-Ass’ remarks as the loyal, faithful Bible (Shia LeBeouf- Nymphomaniac Parts I & II, The Company You Keep) pipes up for his leader.  Finally, Gordo (Michael Peña- Gangster Squad, “Chozen”) chimes in speaking Spanish to make his voice heard until Wardaddy calms them all down.  In a matter of minutes, each individual soldier lets the audience see just what kind of man he is and wears it on his sleeve throughout.  These men have driven “Fury” through many battlefields together and have no problem expressing themselves to each other.

A weak performance doesn’t exist between the cast.  Pitt’s tough, southern-sounding soldier quickly reminds us of his performance from Inglourious Basterds.  Granted, Wardaddy’s character has layers to his personality beyond just killing Nazis.  Shia LaBeouf’s turn as the devoutly Christian cannon operator on “Fury” shows us that he can still perform with even his most talented peers despite suffering a self-bestowed “existential crisis” over the past year.  Bernthal’s sadistic Coon-Ass makes the viewer nervous in every scene he shows his face as the violent wild card in the crew.  Michael Peña may very well find several supporting actor nominations after his powerful, show-stopping monologue about horses in the film’s second act.

The most impressive performance of the cast comes from that of the protagonist, Private Norman Ellison (Logan Lerman- The Perks of Being a Wallflower, the Percy Jackson films).  Despite not receiving an introduction in Fury’s opening scene, Ellison replaces the fallen assistant gunner even if nobody around wants him there.  He spends the following twenty-four hours proving his worth to his comrades while briskly making the transition from fresh-faced kid to battle-hardened soldier.  By film’s end, Ellison couldn’t possibly go back to being the person he was before war.  Holding his own in a film starring Pitt, LaBeouf, Peña, and Bernthal will open huge doors for Lerman’s acting career.

Audiences will remember Fury beyond the praise-worthy performances from the cast.  In addition to compelling tank warfare sequences, Ayer also depicts a brutal reality on the German front.  At film’s start, the titles let you know that the German tanks are superior to and outnumber the American Sherman tanks.  It’s a lot for Ellison to take in for one day and the viewer goes through every bit with him.  Ellison learns the barbarous nature of warfare whether he’d wish to or not because Wardaddy is hellbent to make a man out of his newest troop. His first task after joining “Fury” involves cleaning the partially-blown off face of the soldier who previously held his position.  It’s a gruesome image—one of many the crew face over the film’s runtime.

Despite an all-too-foreseeable conclusion, filmmaker David Ayer’s Fury should immediately find itself mentioned in the same breath as other historical war films like Saving Private Ryan due to an outstanding cast performance featuring top-tier performers Brad Pitt, Shia LaBeouf, and Logan Lerman.  Fury never has a lasting positive moment, yet still turns out to be a fascinating look into a day in the life of a Sherman tank behind Nazi lines in World War II.  If Ayer never makes another film as good as Fury, it won’t be for a lack of trying—his film is just that great.