film -> Dawn of the Planet of the Apes review 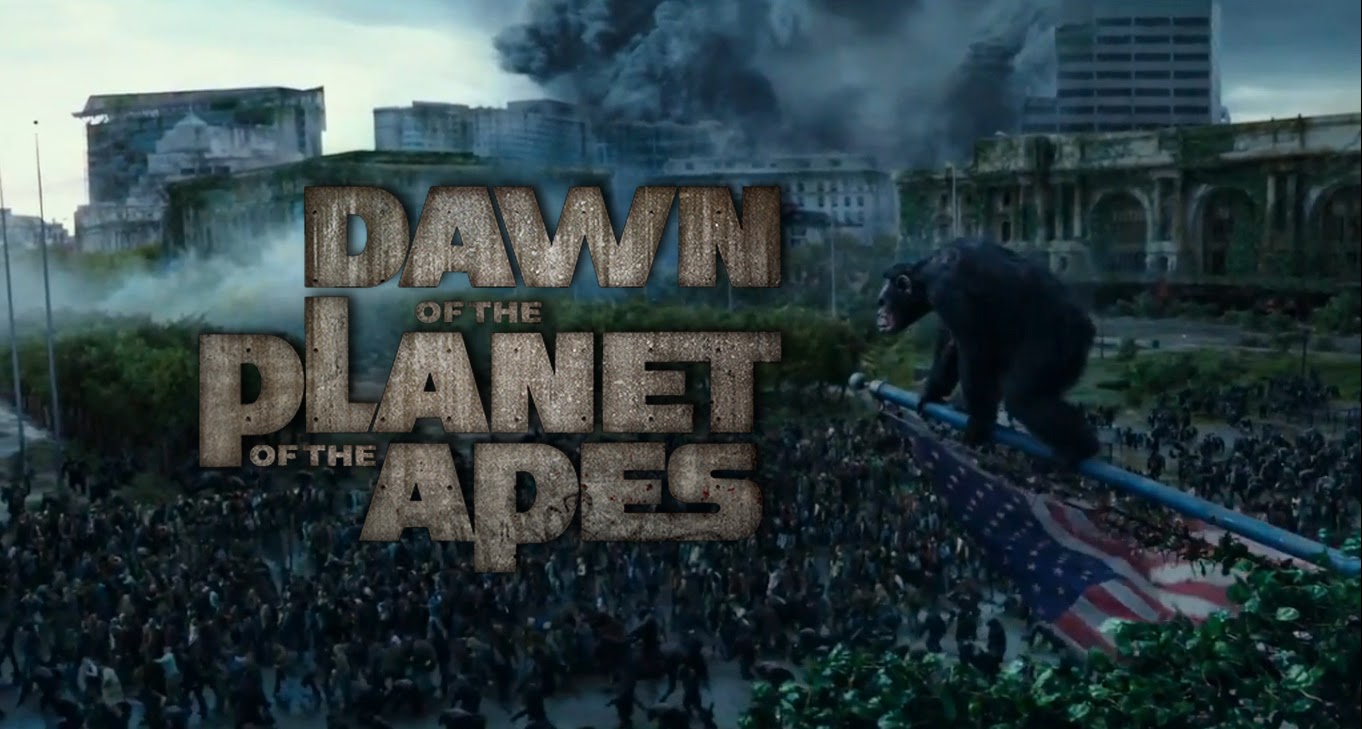 Dawn of the Planet of the Apes review

Rupert Wyatt’s 2011 film Rise of the Planet of the Apes took audiences and critics by surprise, reviving a once-considered dead franchise by giving it an origin with new characters to transition the narrative perspective and produced perhaps the most impressive computer-generated images to date with the apes, particularly Caesar. Through Caesar, we learned that human beings have just as much capacity for evil and destruction as they have for kindness and progress. Caesar (motion capture performer extraordinaire Andy Serkis- The Lord of the Rings trilogy, The Prestige) shared protagonist duties with Dr. Will Rodman (James Franco) for the prequel, but the prequel’s sequel takes a different route. Director Matt Reeves’ (Cloverfield, Let Me In) Dawn of the Planet of the Apes puts Caesar (Serkis) front and center in addition to an ape antagonist in Koba (Toby Kebbell- RocknRolla, War Horse).  Serkis’ performance stands out in a film packed with intense, captivating performances.  When will the Academy of Motion Picture Arts and Sciences recognize Serkis for his work and contribution to motion capture acting?

Humanity has a role in Dawn as well as the apes, but they aren’t as much of a rival faction as they are a relative basis (because I’m sure some study showed that a movie without people would tank at the box office).  The main role of humanity in the film is a demonstration to apes of their will to endure and survive at any cost.  Their part certainly doesn’t have the fast pace as the apes’ scenes, but it gives the film an overall even pace that allows for a full emotional spectrum to share with their simian costars: birth, war, happy, tragic, exciting, adorable, murder.  Jason Clarke (Lawless, Public Enemies) plays a player for peace and electric power, a man who befriends Caesar and together they work to build ape-people relations if not for dissention among Caesar’s ranks (the hateful, power-hungry Koba) and Gary Oldman (JFK, The Dark Knight trilogy) playing a fraught, depressed man who doesn’t see apes in his future.  Reeves’ “Felicity” star Keri Russell plays a former CDC employee who, like romantic interest Clarke, sees a future with the new race of speaking apes.

The apes’ role in the film serves as a metaphor for humanity in general, and it isn’t a stretch to call the apes more human than the desperate, dying human race in Dawn of the Planet of Apes.  Caesar and Koba take up the majority of the scenes with one serving as a beacon of peace and survival (Caesar) and the other a force for fear and war (Koba).  They share an interesting relationship throughout the film beginning as each other’s most-trusted friend before a little fear enters their midst.  Their shared dialogue reads brilliantly on-screen and the sci-fi element is remarkably forgotten because it’s sign language between apes.  Koba accuses Caesar of many faults throughout the film, but Caesar instead takes the route of concise truths over debate. The villainy of Koba extends so far as to make a viewer wonder if guns kill people or do the apes?  Maurice (Karin Konoval- 2012, Alone in the Dark) returns as well to play Caesar’s loyal friend and peace-loving teacher for the other, younger apes.  Maurice’s scenes with Kodi Smit-McPhee (The Road, Let Me In) are the lighter, more hopeful changes of pace in a film exploring the causes of war at its core.

It’s easy to compare the film to Stanley Kubrick and 2001: A Space Odyssey but the comparisons really only go so far as a few metaphorical aspects between apes and men in the opening act of the 1968 classic.  The future in Dawn of the Planet of the Apes looks far grimmer for humanity than in 2001, but certainly not for the apes.  That’s perhaps the most interesting subject of the film—the apes consider themselves dominant while thriving without power and the few remaining San Francisco residents sink into a near-dark age with little fuel (like most of humanity in this bleak future) while also considering themselves dominant.  The only issue is that some apes and people alike want to make sure they’re the top species.  They were never rival factions until a little fear touched their lives. Again, fear and war play heavily here and although Kubrick devoted a few films (Paths of Glory, Full Metal Jacket) to the anti-war effort, 2001: A Space Odyssey was not one of them.  If any director should be cited as a reference, it would be Reeves’ ability to match Alfred Hitchcock for suspenseful, extended shots.  One could even say Reeves’ improvement of action sequences and character development for the Rise of the Planet of the Apes sequel is similar to James Cameron’s approach for the Alien sequel.

Dawn of the Planet of the Apes betters its predecessor in every category, offering the same state-of-the-art CGI effects extending beyond apes to deer and bears as well.  Watching armed apes swing around a burning, dystopian San Francisco in spectacular 3D is the visual treat people look for in a summer release.  Michael Giacchino’s incredible score sets the tone for a quality, science-fiction blockbuster that isn’t afraid to raise a few ethical questions as if finding inspiration from Christopher Nolan.  Director Matt Reeves presents a film with not only an unlikely protagonist, but proof that narrative structure can flourish with minimal-to-no human characters. The plot picks up ten years after Wyatt’s Rise and it certainly would benefit a viewer to catch it first.